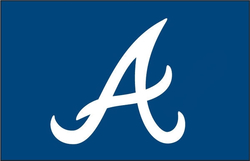 Baseball Alberta is excited to announce the Coaches for the 2019 Team Alberta 14U, 16U and Women's Open teams.

Assistant Coaches and teams to be posted at a later date.